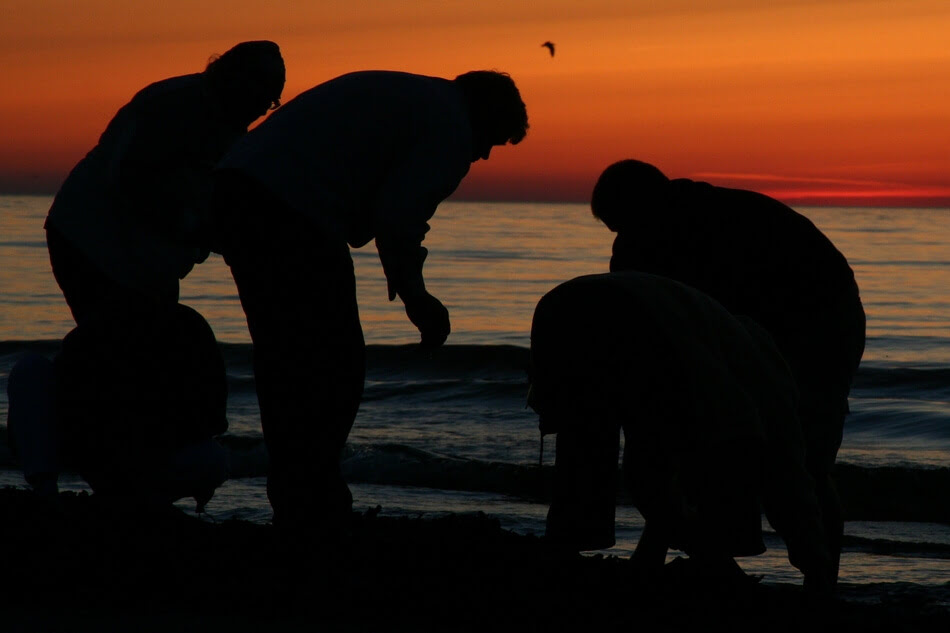 Mysteries of the sea encapsulated in a morsel the colour of the Sun. History bound in stone. Amber, the treasure of the Polish beaches, is usually associated with beautiful jewellery. It turns out that it also has healing and soothing powers.

It was once considered to have magical qualities. In folk beliefs it used to play the role of a talisman and a panacea for sickness. It was deemed to be healing, relaxing, harmonising and soothing for the spirit. Today, we often forget what special qualities it possesses.

Amber, known as the gem of the sea, is actually resin of coniferous trees which used to grow along the Baltic in the Tertiary period. There are 60 varieties known all over the world. Most often it is associated with a fiery orange-yellow colour, but there are also ambers which are milky-white, greenish or even blue. The Polish name comes from a German word “Bernstein” which stands for “a stone which is on fire”. Often you may encounter specimens with so called inclusions, i.e. pieces of plants or animals set inside, thanks to which ambers become the witnesses and the carriers of the reality from before millions of years.

In Poland, four major beds of amber have been located and registered of a total baulk of 1118 tons. The biggest one (1088 tons) is located in Górka Lubartowska, a village in lubelskie voivodship, while 17 tons of amber can be found in Przeróbka in Gdańsk, 10 tons in Wiślinka and 2.7 tons in Możdżanowice in pomorskie voivodship. Apart from that Polish beaches yield around 4 to 6 tons of amber a year.

A piece of decor or a magical talisman?

Amber is most often used as jewellery. People associate it with a string of unpolished stones, a souvenir from a trip. Jewellery shops, however, do not stop at this classic design. Window displays boast ambers of various shapes, framed in silver, gold or combined with other stones.

Fascinated with the colour and the beauty of the stone, we forget about its other qualities. Amber has been used in folk and natural medicine for a very long time – especially in the area of Kurpie. It was believed to be cleansing, strengthening and soothing for the spirit. Smoke from amber incense was used for killing germs, and strings of ambers worn on the neck were believed to prevent throat and head aches. Men took ground amber as snuff, as it was said to clean sinuses and prevent colds. Also, the stone was considered magical and it was believed to have powers to stop and break spells.
Contemporary dowsers say that amber has unique powers and they call it the stone of life. It should be completely natural, unpolished, unmelted, unheated. The energy entombed in amber is said to strengthen the whole body, renew the cells and lend vital powers. Its energy potential is said to rise when it is ground and pulverised.

Scientists have established that the acid found in amber stimulates human nervous system and has antiseptic and cleansing qualities, it also regulates the functioning of the kidneys and the intestines. It is an ingredient of various ointments, creams and conditioners used in cosmetology and medicine. Moreover, amber includes valuable micro-elements, like silica, magnesium, potassium, iron, and calcium.

You can benefit from these special boons by making a simple tincture. Take the ambers you found yourself or bought – even the smallest ones – put them in a bottle and pour 90% spirit over them. All stones need to be submerged. This concoction needs to be put away in a dark place for at least two weeks. You can drink the dark brown mixture – it is good for colds and flu – or you can rub it onto sore places. Therefore, it pays to appreciate the special powers of amber, this sea stone which bears the mysteries of the olden days.

meta_title: A drop of gold from the Polish sea - Poland

meta_title: A drop of gold from the Polish sea - Poland