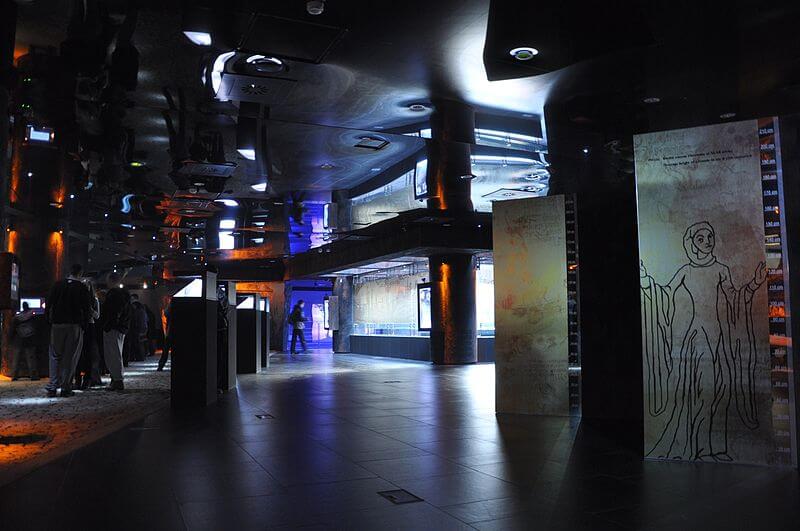 Let’s be honest – most of us “visited” Cracow at least once in their life. And if you were unlucky enough – at least three times. What I mean by “visiting” is going with a school trip or any other similar gathering, accompanied by a guide, a teacher, two of your least favourite classmates and a constant need to pee…

But if you were not discouraged by these childhood experiences, and managed to go to Cracow one more time in a more ripe age, you are bound to have a completely different trip! The million and one pubs of the Main Square and thereabouts will make sure that you will not be able to walk home on your own two feet, even if you only stay for two beers in each one.

But Cracow is not only the Main Square, although it does happen to be the largest square in Medieval Europe. If you haven’t seen what’s below – you ain’t seen nothing yet…

It all started quite innocently – in 2005 they started archaeological excavations on the Eastern side of the Square. But, as it usually happens in Poland, plans are one thing and life is another. Especially in this case, life completely surprised the researchers themselves. It turned out that the works were to continue for the next…five years. Which is not surprising, if you consider that the archaeological layers below the Rynek are inscribed with at least a thousand years of history of this wonderful city.

The excavations resulted in an exhibition, the main aim of which is the presentation of the ties between Medieval Cracow and other municipal centres of Europe. The Square, which was marked out in 13th century, became the main municipal public space, and for centuries it remained the throbbing heart of the city, as it continues to be until the present day. But what you see above ground is only a part of the story. If you want to see what the place was like when Nicolaus Copernicus walked the streets, you have to go a bit deeper. Deeper into the past and deeper …underground.

Once you get there, you can take a walk along streets which were, until recently, unknown and which date back to the times of Hansa. You can see for yourself that it is untrue that people of Middle Ages did not know roads in a structural sense.

Before the square was constructed, the place had been vibrant with life for one and a half century. It was where many craftsmen lived and worked, it was a centre for trade and “culture”, where numerous fairs and various entertainments thieved. It was also a centre for education, important for the age – one of the first parish schools in Poland was founded by St. Mary’s Basilica.

The underground of the Cracow’s Main Square is a voyage into the past, animated after centuries of obscurity by the five year toil of archaeologists. It is a culture reserve of structures, buildings and architecture – in many places undamaged. You can walk the stone roads with ruts created by wheels of carts which transported goods in the times Władysław Łokietek or admire the oldest trading buildings. The excavations also yielded decorations, coins, and various objects lost or left deliberately by those who visited this place a long long time ago.

So, if you ever fancy a serving of history, deliciously presented and easily digestible – take the opportunity to see the underground of the Main Square in Cracow. You have three trails to choose from. You can be accompanied by a guide or use an audio guide. And the most expensive option will not cost you more than PLN 19. You get your money’s worth of attractions, the experience is well worth it, and afterwards you can say I came, I saw, I know…