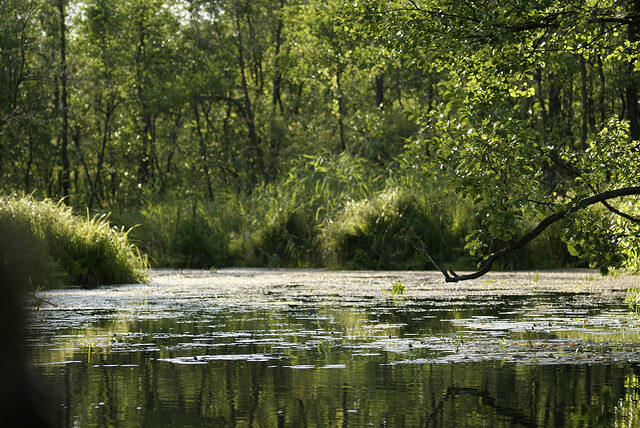 Its primeval woods used to be the playground of kings, who hunted there for deer, bison, bears and wolves. Nowadays Puszcza Augustowska is reigned only by the benevolent mother nature, who welcomes all who want to enjoy her beauty.

Covering the area of 1100 km2, Puszcza Augustowska, is one of the biggest forests in Poland, or indeed in Europe. It is sprinkled with village enclaves and settlements which offer board and lodging to all weary tourists. Some of the settlements have history dating back to the 17th century, when they were founded by beekeepers and fishermen, who worked in the woods.

However, it is not its forest villages that Puszcza Augustowska is most famous for, but its rivers and lakes – Necko, Rospuda, Białe, Studzieniczne, Sajno, Serwy – popular among anglers, as well as kayak and sailing enthusiasts since 1920s. The biggest and the best known lake is Wigry, with its crystal clean waters, winding bays, green peninsulas and islands, it is perfect for water sports. In fact, Puszcza Augustowska is something of a kayak mecca, as all the trails of the Suwałki Region lead through its meandering rivers: Rospuda, Marycha, Blizna, the Augustowski Channel or Czarna Hańcza, famously paddled by John Paul II when he was still a young priest.

The fauna and flora of Puszcza Augustowska is as abundant, as it is beautiful. Replete with awe-inspiring ancient trees, in particular pines and spruces – some of them as old as 200 years – natural reserves, protected areas and animal sanctuaries, as well as many breath-taking landscape viewpoints it will cater to your aesthetic needs, as well as spiritual ones. For Puszcza Augustowska is also a place of spiritual reflection, which one can exercise in places such as the village of Studzieniczna, with its healing waters and island sanctuary, or the secluded meadow by Rospuda River known as the Sacred Place, with its votive crosses and wooden chapels.

Depending on your inclination, you can immerse in the calm of the primeval forest and meditate in sanctuaries, or brave the elements and seek the rush of adventure on a kayak or a sailboat – Puszcza Augustowska offers all the guises of the great outdoors.