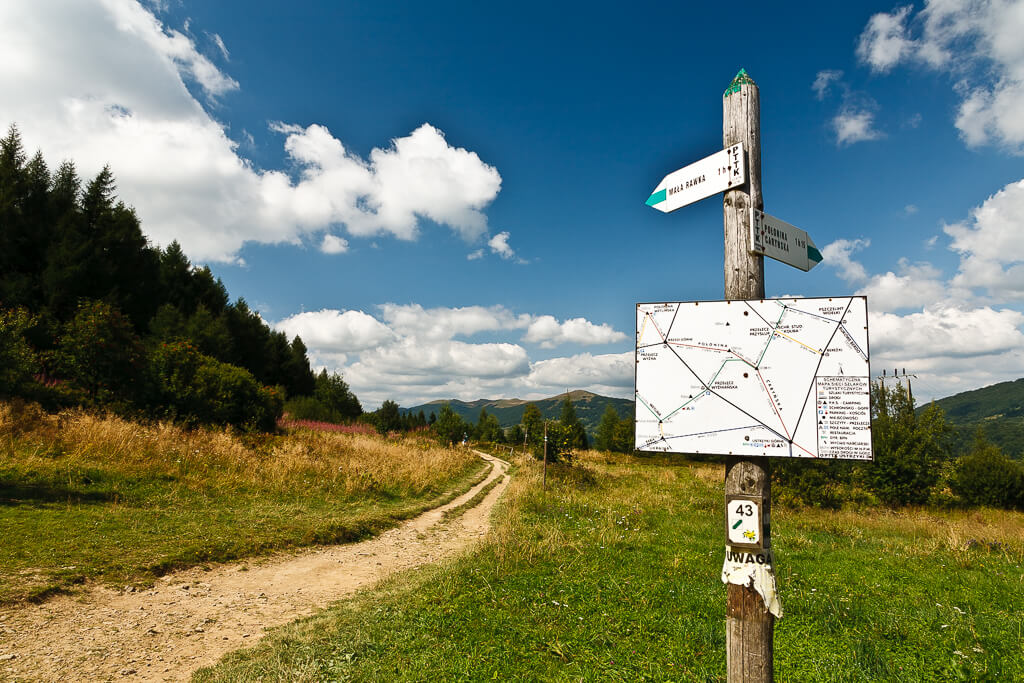 Strange signs on the trail – how to read trailblazing

No ideas for the weekend? Why not try a tourist route? Whether you choose to go on foot, by bike or ski, take the time to familiarise yourself with the strange signs, which you are sure to encounter on your way. Read our short guide to find out what is a tourist route and what do the symbols painted on trees, stones, or rocks mean.

What is a tourist trail?

Otherwise called a recreational trail, a tourist trail may be travelled on foot, by bike, on kayak or even by car. Each route is marked and thanks to that, the tourists know where to go to reach, for example, characteristic and interesting spots. The routes are usually unpaved. They are paths, dirt roads, forest roads, rivers, channels or even ski trails. Each of these roads is marked differently according to its characteristics. Tourist routes may also be didactic paths, which may be found in natural reserves or locations offering many attractive sights.

How tourist trails are marked

Setting out and marking of routes (only refers to walking and ski trails) is the responsibility of the Polish Tourist and Sightseeing Society (PTTK). The employees of PTTK have so far set up over 63 thousand kilometres of routes in Poland. They divided them into walking, horse, bike, kayak and ski routes. When marking a trail, PTTK takes into consideration its attractiveness, accessibility and the number of people who take it. If needed, the Society is also responsible for liquidating a route and its markings. Each route is meticulously marked on maps and examined by specialists, who had previously walked the route several times.

There are five route colours: red (the main route, with the most interesting landscape), blue (the long route), green (the short route, usually marking the shortest way to get to specific locations), green and yellow (short, connecting route). On their internet site, the Beskidzka Group of Mountain Volunteer Search and Rescue (GOPR) inform us that these colours, if they pertain to walking trails, do not carry information about the difficulty of the route. Bear that in mind when planning walks, especially in the mountains.

The difficulty level of kayak trails is regulated by stars (one for a fairly scenic trail, two for a scenic trail, three for a very scenic trail; “scenic” does not mean that the trail is picturesque, but speaks of its varied character – i.e. the more scenic, the more turns, falls, passages, etc.) . There is a special WW scale (White Water) for mountain rivers – it is advisable to familiarise yourself with it before you decide to go kayaking in the mountains.

Car routes are usually marked with white and brown boards. These boards are placed at the beginning of the route and they inform you how long away is a given destination, what it is called and they also point you in the direction you have to go, which is very useful during a car trip.

All different types of trails interconnect and complete each other, creating a tourist network, which is so familiar from our holiday wanderings.

Strange signs, how to read them and what do they mean

The basic signs sometimes change into combinations of signs or special signs. For example, if you encounter a circle in one of the walking trail colours with a white rim, it means that the route starts or ends (i.e. you are at a sort of starting or stopping point), while several strips of various colours signify that routes run parallel or cross at this point. A white triangle with the colour of the route in the middle means that you are close to a viewpoint, and an arrow tells you that you are close to a place of accommodation. If you encounter a sign signifying attention, i.e. an exclamation mark, it means you need to be extra careful.

It’s worth paying attention to trailblazing – paths may lead us astray, but knowing the secret language of tourist signs will surely help you find the way in all situations.