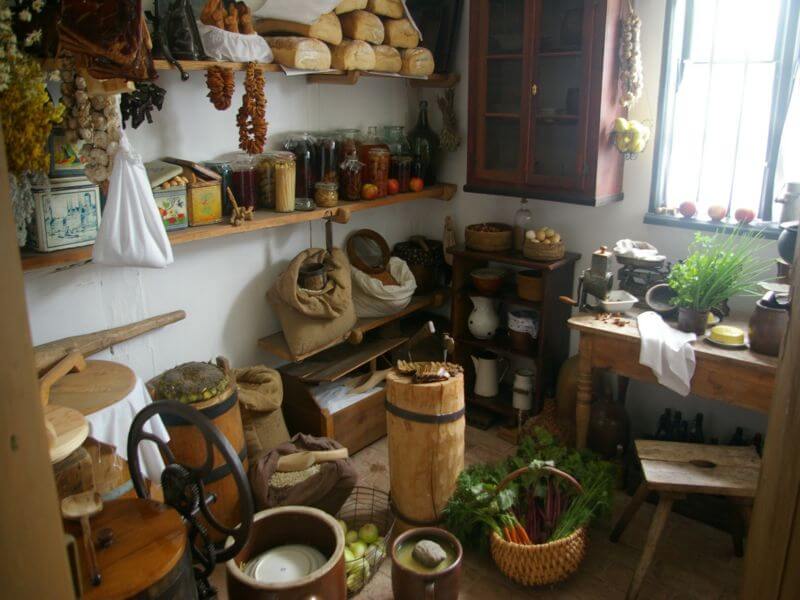 From blacksmith’s workshops to Kashubian cuisine – Wdzydze has the full package. The oldest open air museum in Poland is not only a witness of Kashubian history, but also a place full of attractions, culture and fun. History brought to life rolls before your eyes all year around in Wdzydze and allows you to travel back in time with Kashubian heritage.

Over a hundred years ago, Wdzydze saw the creation of the first open air museum. In those days it was just one building with pieces of folk art inside and furniture characteristic for the 18th century. Today it spreads over 22 ha and 50 buildings, which transport the tourists into the past and spin the yarn of often forgotten folk customs.

In 1906 Teodora and Izydor Gulgowski, fascinated by a small Kashubian village, decided to buy an 18th century cottage from one of the local farmers and set up the first museum to exhibit the richness of the folk culture of the region. They started a collection which developed over time. Gulgowskis’ first museum, which could previously be contained in one modest building, now takes up 22 ha, and the collection is displayed in 50 buildings, showing the old architecture and culture of Kashubia and Kociewie from 17th to 20th century.

Visitors to the museum can get a taste of the life at a traditional Kashubian village. The museum boasts not only residential buildings, cottages and manor houses, but also everything that shaped the life of its previous dwellers: a school, several workshops, including blacksmith’s, as well as inns, churches, windmills, and sheds. The museum in Wdzydze offers many attractions, e.g. smithing, tailoring, snuff grounding, painting on fabrics, wood carving, making flour with quern-stones. If this is not enough and you are still overcome by desire to learn to do something, you can take part in the especially prepared workshops. It is an opportunity to discover the everyday life of people who used to live in the region, their customs, games and culture. You can taste the traditional fare at the two inns and the “Regional Specialities” shop. The museum is like a time capsule which takes you to a Kashubian village and offers you a unique opportunity to discover the sources of our culture and customs.

The Teodora and Izydor Gulgowski Kashubian Ethnographic Museum in Wdzydze Kiszewskie is open all year around. A normal ticket is PLN 14, and a reduced ticket – for pupils, students, teachers, lecturers and seniors over 65 years of age, as well as pensioners – is PLN 9, while a special ticket – for the disabled and their caretakers, holders of the Big Family Card, persons remaining under the care of Social Welfare Centres and members of clubs affiliated with the museum – costs PLN 2. A three hour tour with a guide is PLN 50.

Tourists also can enjoy a free audio guide, which may be downloaded from www.muzeum-wdzydze.gda.pl. From May to September you can move around on your own, as there is a person in every enclosure responsible for presenting to the tourists the mysteries of folk culture of the region and the ins and outs of a given occupation or skill. The Museum, excluding the collection located inside the houses, may also be visited for free from February to October on every Monday and from November to January from Monday to Friday from 10 AM to 2 PM. The area around the shores of Gołub Lake is often a scene of open air events, concerts of folk bands, fairs, presentations and various celebrations. There is also an option of ordering an individual educational and recreational program.